Stockport salary survey: The results are in! 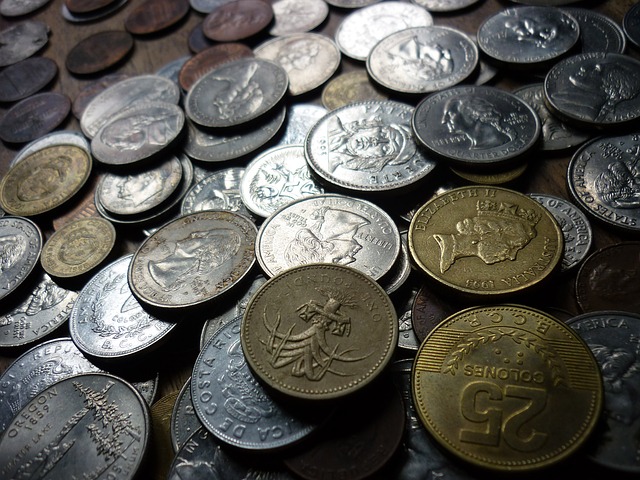 Over the last couple of years, we’ve been running a salary survey to find out what the people of Stockport and the surrounding areas are really getting paid… And what they’d like to be paid at a new role.

It’s a totally anonymous survey – we don’t ask for your exact salary or who you work for. If you haven’t filled it out already, or perhaps you submitted your entry a few months ago and your situation has changed since then, please take a couple of minutes to enter your details before you look at the results. The more submissions we receive, the more accurate the information that we get. And that means we’re better placed to advise our clients on competitive salaries for certain roles.  And we’ll keep updating our results as more data comes in.

Before we get started, a quick caveat about the results. In general, we’d take the exact figures with a generous pinch of salt. Our survey isn’t hugely scientific, and a couple of hundreds of entries isn’t necessarily going to be accurate for the 100,000s of people living and working in Greater Manchester. Also, it will be biased for the sectors we work in, as we don’t operate in certain industries like healthcare or construction.  When it comes to breaking it down further, for things like location or company size, the sample sizes get even smaller and so results are likely to be less accurate again. But some trends appear to have emerged with things like education and company size, so may well be at least somewhat representative, but where you have small differences in averages salaries of a few hundred pounds, or even up to £1,000, allow for a generous margin for error.  We’ve tried to give some explanations as to why we think we’re getting the results we’ve seen, but really they’re just educated guesses – we’re well placed to make assumptions about the job market in Stockport, but we’re not statisticians or sociologists, and if you have your own theories about things, we’d love it if you’d share them with us on social media!

What’s the average salary for the Stockport area?

Official figures from February 2016 put the average full-time salary in Stockport at £23,067 per annum – slightly above the £22,487 average as a whole.  From our results, the average salary is a bit below that at £20,042 – of course, we haven’t differentiated between full-time and part-time salaries, and because we don’t ask your specific salary in our survey, we’ve had to do a bit of educated guesstimation, so it’s no surprise that it will be a bit lower than the official figures. For just those who put their location as Stockport, not Manchester or the North-West, the figure comes out a little bit lower, at £18,889 per annum.

What about for other areas, like Tameside or Cheshire?

Unfortunately we don’t really have enough information to be able to say with any confidence whether people in these areas are better paid or not. So if you live outside Stockport, fill out the survey so we can update our details.

I’m just starting out in the world of work. What career path will earn me the most money?

Administration and customer service roles offer the lowest salaries, with an average of just £13,846.15, and no-one earning more than £25,000 in these jobs.  But they can often be part-time positions, or more entry-level roles that become more specialised as your progress in your career. The biggest earners were in Sales and Marketing, with an average salary of £24,038.46, closely followed by Accounts and Finance staff with an average of £22,962.31. Our only entry in the £100,000 or more salary bracket works in Accounts and Finance.

If I go to university, will I earn more money?

In theory, yes, but it’s not guaranteed.  Those of you with only GCSEs earned an average salary of £16,875 per year, while those with a Bachelor’s degree earned an average of £20,875, and those with a Master’s got another £1200 on top on average. However, there was a much wider spread of salaries among people with degrees– from under £10,000 all the way up to £50,000 – so even though a degree may help you earn more later on in your career, you aren’t guaranteed to see the payoff straight away. One interesting thing about people’s education levels compared to their incomes is that staying in school the extra two years to do A levels but not go on to university didn’t mean you’d get much of an increase in income – if you know at 16 that you don’t fancy further studying, you might be better off getting straight into work.

Will I earn more with a big company or a small one?

If your employer has fewer than 10 employees, you’ll only earn an average of £12,708.33 –  small businesses have tighter budgets, and in general, less work to do, so may be more enthusiastic to take on part-time staff; the Up to £10,000 salary bracket was well represented here. Companies with 51-250 employees came next with an average salary of £16,950.91 – businesses of this size may not have quite as many layers of management to drag up the average salaries, but will do enough business to mean they’ll need plenty of employees to do the hard work lower down the salary chain. For the best salaries, look for bigger companies of over 250 staff, and small companies between 11 to 50 staff who pay on average £23,281.25 and £24,868.42 respectively.

So why might that be? Well, for the bigger companies there will be more layers of management so the potential to earn more money is definitely there. For the 11-50 staff business, it might be that they need the best staff to do the job, as they don’t have the volume of staff to spread the workload, so they’ll be happy to pay more money to attract the best person for the job.

Am I getting paid the same as a man/woman do my job elsewhere?

Probably not. Our salary survey showed a huge disparity between how much men and women earn on average – over £4000 difference in fact.  Submissions from women to our survey were 4 times more likely to be in the Up to £10,000 salary bracket.  This is more likely to be due to women being more open to part-time opportunities to balance with childcare compared with men, rather than any large scale direct discrimination in pay between men and women doing the same job.  Men were also better represented in the higher salary brackets too, which could suggest that women are less likely to be promoted to senior positions, but we don’t really have the detail in our salary survey to make that judgement.

What benefits should I expect with a new job?

Well, many people filling out our salary survey don’t get any perks on top of their salary.  And the most common benefit? Free on-site parking.  Other popular perks are a company mobile phone, health insurance and flexible working hours. Don’t expect a car though with your next job!

And finally, what sort of pay increase do I need to offer to attract staff into my company?

Around £2,000 seems to be what most people are looking for, if they want more money at all. People answered this question in two different ways, either giving an increase that they were looking for, or specifying a new full salary they’d like.  Of those giving a new salary, most weren’t looking for a huge increase – largely they were looking to remain in the same salary bracket. Very few people appeared to be looking for more than £5,000, which is good, as expecting that sort of pay rise with a new job is definitely pushing your luck.  Many people also didn’t ask for any increase at all.  And while this might mean they aren’t currently working or chose not to answer the question, it’s equally likely that it’s other factors that will invite them to change position, like poor management or support where they are, or simply the opportunity to take on new responsibilities and challenges.

Whatever you’re worth, job satisfaction is about more than just money after all.